Gather round literary folk – there’s a new bookshop in town! If you haven’t heard already, let me shout out a ‘here-yeee here-yeee’ for the charming new literary gem that is the River Bookshop. Located in the heart of Amherstburg, this quaintly modern bookshop is awaiting your attention!
I had the opportunity to do a Q&A with Lead Bookseller Lori Wightman to find out more about the River Bookshop. Let’s get acquainted, shall we?
VS: What’s in a name? Can you tell us how the River Bookshop got its name?
LW: Well, firstly the River Bookshop is situated just about 100 metres from the Detroit River and “bookshop” had a nice historical feel to it. Secondly, there’s a quote by Heraclitus “the river I step in is not the river I stand in” and a good bookshop stands for the same principle – always changing and adapting, never the same.
VS: How involved have you been with the bookshop since its inception? Can you tell us about how the dream of this fine establishment began and came to life?
LW: The owner, Richard Peddie, has been thinking about a bookshop for a while. He approached me a year or so ago asking me if he were to open a bookshop, would I be willing to run it. I mostly didn’t think he was serious but I said “Sure!”.  Next thing you know, I’m running a bookshop. The funny thing is I’ve always dreamed of having a little bookshop that people would come visit and sit and interact and that’s exactly what River Bookshop is. As far as being involved, Richard is wonderful about asking for advice and input – the end decision is his, of course, but he’s always willing to listen so I feel like I had a lot of input in the planning.
VS: You are the Lead Bookseller – a robust and exciting title! What is your job?
LW: Robust! I like that…it is a very fancy title but what it all boils down to is I’m the manager. I’m responsible for all the day to day running of the store. I get to buy all the books (that’s fun!).  Luckily, for me, Richard and his wife, Colleen are willing to pitch in while we all learn how it all works so it’s not too stressful.
VS:What are some bookish things you can tell us about yourself? How have books and reading been a part of your life?
LW: Oh wow. Books have ALWAYS been a part of my life. Some of my clearest childhood memories involve books – I can remember interrupting my parents dinner parties so I could show guests my library books. I can remember sitting at my desk in Miss Stechey’s grade 3 class one hot June while she read us Charlotte’s Web and it was an ongoing family joke that if you called me and I didn’t answer I was probably sitting somewhere with my nose in a book. In addition to that, after I had my children I began working for the Essex County Library system as a resource assistant at the Amherstburg Public Library – I did that for 16 years until I left to run the River Bookshop.
VS: The River Bookshop is doing a tremendous job on social media. Is it working? Are folks coming in because they’ve seen/read something about the location via social media? Can you speak to the relationship between readers and social media?
LW: Thank you – we feel social media is important and it allows us to interact not only with our customers but with our business neighbours as well. We make a point of highlighting not just our business but others in town too. I think it is working – we’ve had so many visitors from out of town who have said they saw us on Instagram or Facebook or read our tweets. We have so many people tagging us for photos in our children’s area or with our outside mural as a backdrop – it’s fun! I think readers and social media go hand in hand – so much of social media is telling or showing others what you’ve been doing/eating/reading so it’s a natural relationship to see what others are reading, to talk about the new book out or tell others that they should read such and such a book.
VS: The River Bookshop is hoping to begin (or has begun!) a speaker series. What motivated this series?
LW: Our first speaker event is happening October 1 – it’s a kick off to our Sports series with Mary Ormsby and Paul Hunter who have  been reporting on sports in Canada for a collective 70 years! They’ve got all the behind the scenes scoop. Our series, which include sports, racial justice, climate change, and a host of others were a direct result of our values at River Bookshop which are to entertain, to inspire, to educate and to engage. As Richard says, quoting the late John Lewis, we’re going to cause “good trouble” and make people think. 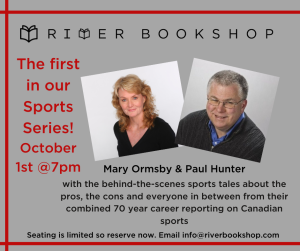 VS: Independent bookstores are the superheroes of the literary world. What do you think the role of the independent bookstore is?
LW: I like to think independent bookstores are just that – independent. We want to be part of the community – whether it’s listening to our readers about what kind of books to stock or bringing in speakers that will engage and inspire. Of course we want to be a viable business but we don’t necessarily make all decisions based on that bottom line like the big chains do. Independents are where you can go to talk books with fellow book lovers, you can’t really get that at a national chain store.
VS: What book(s) are you reading right now?
LW: I’ve been very busy in the month since we opened so I’m not reading as much or as quickly as I would normally but I’ve got two books on the go – Songs for the End of the World (by Saleema Nawaz),  a novel about an impending pandemic (I know, I know, what a choice) and how our bonds with others are so very  important, and Forever Terry: A Legacy in Letters (Edited by Darrell Fox), which is about Terry Fox’s legacy as seen through noted Canadians, people who were with him on his Marathon of Hope and others – it’s brought me to tears a couple of times so far.
VS: If you could host any writer (dead or alive) to the River Bookshop, who would you invite and what would you want to talk about?
LW: Oh..Stephen King…hands down. He is such an amazing storyteller I think I would just let him talk about whatever he wanted.
VS: What makes the River Bookshop unique?
LW: Everything it stands for – our values and how we work those into everything we do from our book choices to our speakers series. We really do want to be a “Third Place” that is safe, inclusive, engaging – a community gathering place. 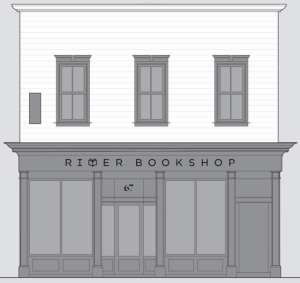 VS:The River Bookshop opened during a pandemic! Can you speak to the navigation of this seemingly miraculous feat?!
LW: Well, the planning was in place long before the pandemic came around and, to be honest, we were too far down that road when the pandemic hit to just abandon it. Luckily our renovations on the building were only held up by about two months – our original forecast opening day was mid-June and we actually opened mid-August. As far as the actual opening during the pandemic we had discussed and discussed how we would adapt depending on what stage we were at in Essex County and what services we would offer and how. Luckily we moved into stage 3 just prior to our opening so it all worked out. Adapt and pivot is what I always say – if you can’t do business how you always did then figure out a different way.
VS: What is your favourite book-to-film adaptation?
LW: I’m heading back to Stephen King again – I loved the TV movie adaptation of IT from 1990.  It was a two-part miniseries (remember those?) and it was really well done, very close to the book. An honourable mention goes to the Spenser for Hire TV detective show from the mid 1980’s – based on Robert Parker’s Spenser series of books and starring Robert Urich. I have a little bit of a crush on the Spenser character so that might have affected my vote here.
VS: If you could adapt any book into a film, what would it be?
LW: I would love a remake of  A Tree Grows in Brooklyn (novel by Betty Smith) – such a beautiful, sad coming of age story and while the old films are great, I’d like to see a new adaptation.
VS: What is your favourite reading scenario? Example, you have the day off with nothing to do, nothing to worry about – you can read ALL DAY – describe what you’d do!
LW: Oh, that sounds amazing – I think I’d like a couple of books – fiction, non-fiction so I could go back and forth, a warm blanket, snacks at hand and maybe a cat or two and no other responsibilities – that sounds like a perfect day.
The River Bookshop is located at
67 Richmond Street
Amherstburg Ontario
N9V 1G1 Canada

They also have a great newsletter that is not only information but also allows subscribers to get first dibs on event seating so it’s good to sign up. You can do so at www.riverbookshop.com.
And yes, though there are links to the books mentioned in our Q&A (I put them in so you can read about the books), please do order these books from the River Bookshop!
Thank you Lori and the River Bookshop team! 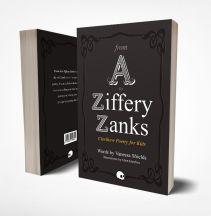 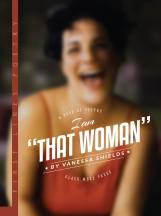 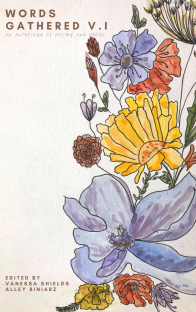 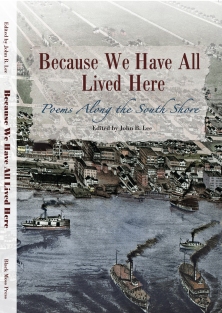 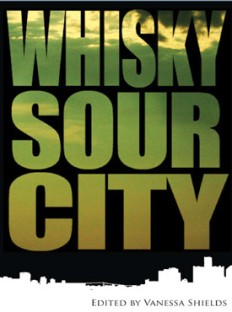